A “Fix” for the Forest Service

By Hugh Rogers “I never think it is a good deal when the Democrats get money and the Republicans get to change the environmental laws.” So Brett Hartl, of the Center for Biological Diversity (CBD), doesn’t like the deal that will give the Forest Service a break on its bills for fighting fires. Here’s the [...]

A Message from Our President

By Larry Thomas Spring has arrived in our mountains. As winter fades away, driving along one finds evidence of the different stages of the transition. While in some areas the trees are greening with this year’s leaves, here on North Fork Mountain trees are still the stately statues of winter waiting for it to get [...]

GAO Says Get Rid of Self Bonding

By John McFerrin The non-partisan Government Accountability Office (GAO) has recommended that Congress consider amending the Surface Mining Coal and Reclamation Act to eliminate the use of self bonding as a type of financial assurance for coal mine reclamation. Under West Virginia and federal law, mining companies are required to post performance bonds to assure [...]

By Cindy Ellis The registration desk was loaded with vases of daffodils from Roane County as attendees arrived in early April for our co-hosted event, a “Community Organizing Summit”, at Jacksons Mill.  Our sub-theme was “Taking Action Against Extraction” and, after a hearty supper and a warm welcome, we were treated to an energetic lead [...]

A company that builds fracked-gas pipelines is demanding the arrest of 61-year-old Theresa “Red” Terry and her daughter for trespassing — on their own property in the Blue Ridge Mountains. The Terry family is trying to block one of two pipelines proposed to transport fracked gas through Virginia, West Virginia and North Carolina from cutting [...]

The West Virginia Department of Environmental Protection has established a web site containing information about the five major proposed or under construction natural gas pipeline.   The five pipelines that are the focus of the webpage are the Atlantic Coast Pipeline, Mountain Valley Pipeline, the Mountaineer Gas Company Eastern Panhandle Expansion Project, Mountaineer Xpress Pipeline, and [...]

By John McFerrin The Board meeting itself was mundane—some business stuff along with some reports on ongoing controversies.  The more significant part was in the previous day’s discussion on the future of the organization.  While we didn’t make any decisions, either in the Board meeting or on the day before, it gave us a chance [...]

A review by Dave Elkinton “Isn’t that Jamie Shumway?” I said to my wife at the uppermost point at the top of Edinburgh Castle. It was 1992 and we were on our honeymoon in Scotland. We realized we both knew Jamie but from different worlds, she as his colleague at the WVU medical center and [...]

Girl in the Woods

By Rachel Barton   girl in the woods hair wild with twigs could be eating dirt or sucking roots her skin the color of bark   I expect she may have grown at least in knowledge living with the leaves  and bones of trees for so long trace of her in the ash   trunk [...]

WARNING.  This story contains law talk.  May cause drowsiness.  Do not read while driving or operating heavy equipment. By John McFerrin Several groups and individuals have sued the Virginia State Water Control Board, The Virginia Department Of Environmental Quality, and several individuals over the impact of the Atlantic Coast Pipeline on water quality. The controversy [...]

Immature fruits as well as the vegetative structures of Mayapple are poisonous.  As with many drugs, there is a fine line between poison and effective medicinal use.American Indians ate the ripe fruits and used a number of medicinal Mayapple preparations. The list of uses by American Indian include treatments for rheumatism, as a laxative as [...] 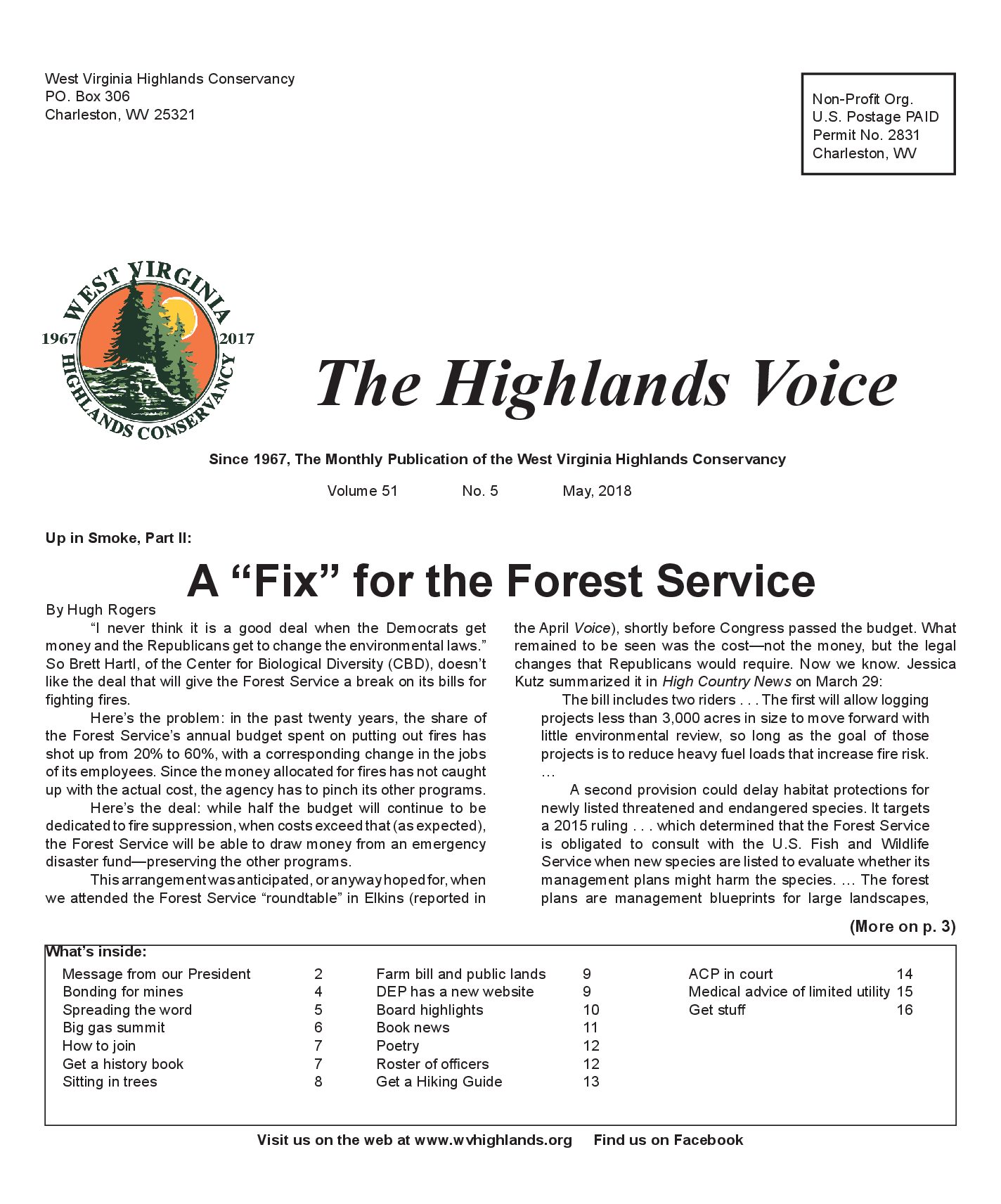